The semi-finals week is upon us, are you ready? I hope your team survived the Week 14 injury apocalypse better than my team in the Ballers Writers League, where I lost not one, but two key starters in Week 14. With injuries to some top-ranked players, let’s take a look at some of the shakeups in the rankings.

Deshaun Watson is the first QB with a big discrepancy in his ranking as he heads to AFC South rival Tennessee. With Ryan Tannehill playing so well, this game has sneaky shootout potential. Tannehill finds himself inside the Top 5 rankings as well, with a high of QB3.

How the mighty have fallen. Top 5-10 stalwarts are finding themselves in strange territory. Aaron Rodgers, once the consensus QB1 in drafts, sits way down at QB13 overall with a home matchup with the stingy Bears defense.

Matt Ryan was a fixture of the top 10 earlier this year, but has been struggling and just lost his exciting sophomore WR, Calvin Ridley, for the rest of the year. Ryan checks in down at QB19, and as low at QB24 in a road game against the Chargers.

The top 20 RBs are pretty consistently ranked for Week 15. Miles Sanders at RB19 is the first time we see any big ranking variance. His matchup with the RB-friendly Redskins has some appeal, while others may be scared off due to his lack of usage last week, especially around the goal line.

Even with Darius Guice being lost for the rest of the season, Adrian Peterson is not getting the ranking bump you would have expected, checking in at RB30 against the division-rival Eagles.

Much like the RB ranks, the WR rankings are pretty even across the board. One player I was surprised to see ranked inside the top 15 was Cooper Kupp at WR14 at the Cowboys. After a disastrous November that may have derailed some fantasy owners, Kupp has scored in back to back games and is coming back into the must-start territory.

A.J. Brown has boomed two of the past three weeks and is one of the Ballers’ starts of the week, in a game that I mentioned above as a potential shootout.

Earlier in the season, Tyler Lockett was a locked and loaded WR1. For the Week 15 contest at the Panthers, Lockett is bordering on the WR2/3 line.

Tyler Higbee has emerged as a weekly starting TE for both the Rams and Fantasy owners. His Week 15 ranking of TE6 and one of the Ballers start of the week shows that he’s about as safe and any TE outside the big 3 (Kittle, Kelce, Ertz).

Ian Thomas is ranking around that starter-worthy cutoff line and may be available on waivers in a dream matchup with the Seahawks, who are allowing the second-most points to opposing TEs.

On the flip side of that contest, the Panthers have been getting gashed by RBs and WRs, but have been pretty tough on TEs. Jacob Hollister is just behind Ian Thomas in the rankings but has two of the Ballers still ranking him in the starter territory.

Biggest Takeaways from the Week 15 Podcasts

This week’s Monday Punday opens up with some fun names this week, including Swing-and-a-Michel for those owners who started (or were forced to start) Sony Michel. If you scooped up the waiver wire wonder Ryan Tannehill, you’re probably feeling like King of the Tannehill. The Weekly Rewind starts at 6:12 and opens with the news about Odell Beckham’s previously un-reported injury. Week 14 left us with a triage of injured players, so tune in for some big-name losses for the duration of the fantasy playoffs. Fantasy Studmuffins can be found at 21:09 and the Stinkers of the Week segment starts at 40:28.

The Ballers are still alive in the playoffs and if you’re listening, you’re likely still alive as well. The show opens with a discussion about the Monday Night Football Game and some of the Dr. Jekyll and Mr. Hyde performances. The News and Notes segment at 8:30 opens with news about the multiple fantasy starters that were lost in Week 14. This week’s Waivers segment opens at 16:10 and the Full Stream Ahead segment is found at the 39:17 mark and The Ballers’ open up the MAAAAAIIIIILBAG! Yeah! at 46:03.

Fantasy Buy or Sell at 2:53 focuses on some “what do I do with” type players for the semi-finals week. The News and Notes segment opens at 14:31 with the news about some players heading to IR for the rest of the season. Thursday Night Preview of the Jets at Ravens game is at 27:09 and then The Ballers’ go back to the MAAAAAIIIIILBAG! Yeah! at 36:34. The Footclan has a lot of questions after the injuries that swept the league in Week 14. 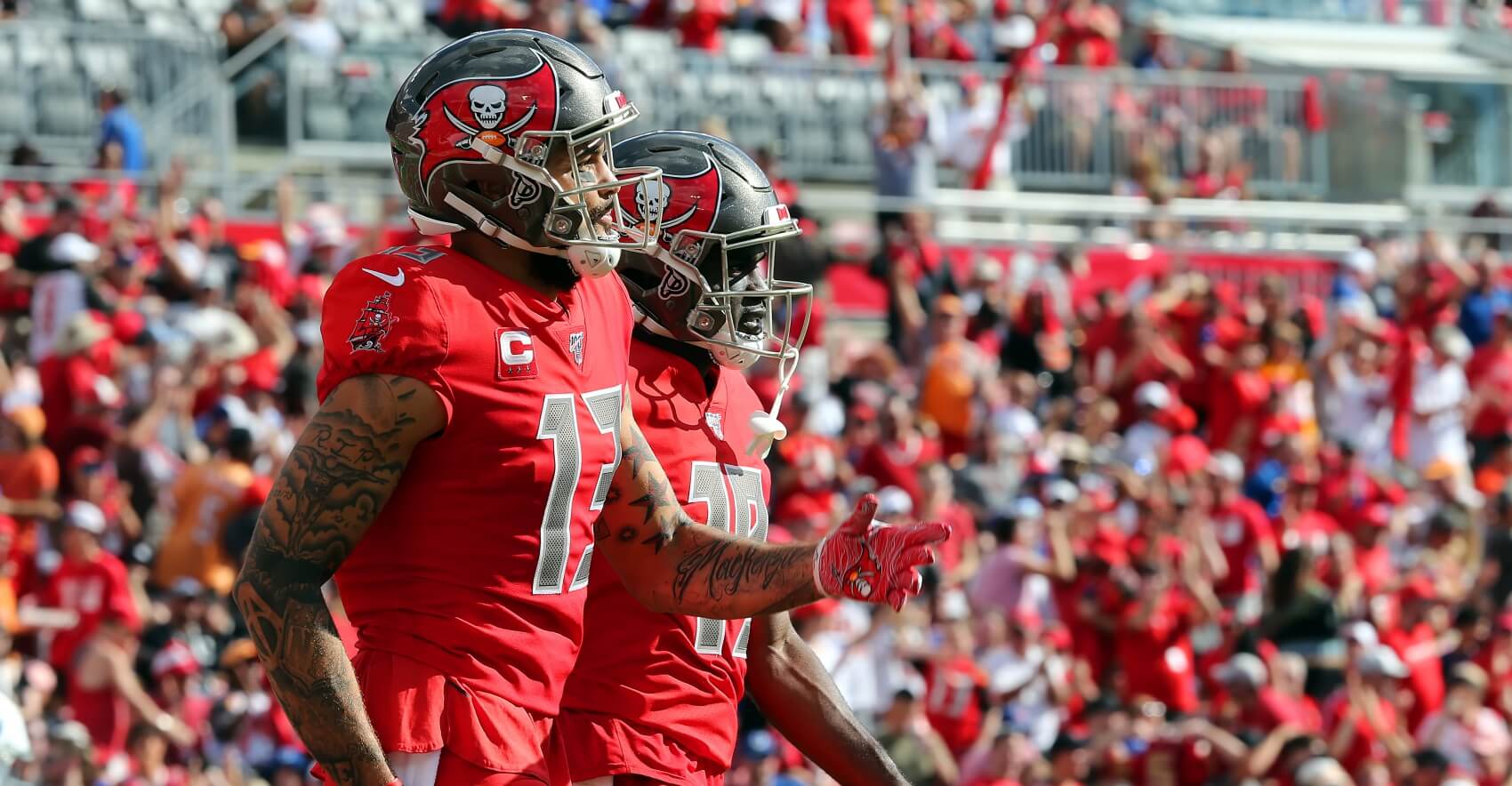 Thursday –  Starts of the Week + Week 15 Breakdown, Notoriety of Toughness

The Ballers open the show discussing the pain of not having Lamar Jackson on your roster. News and Notes come in at 7:54 to discuss some of the tentative players for Week 15. If your match up was not on the Thursday show, you can listen to the second half of the Fantasy Forecasts at 10:27. The 1:05:34 mark closes out the show with the Ballers on a Budget segment.

As we head into the final weeks of the season, the weather will start to play a role in some of the games. Make sure you check back every Sunday for Eric Ludwig’s Weekly Weather Conditions article.

Rob Wilson’s Ten Things We Learned from the weekend

Much of the DFS content begins to drop on Thursday’s. There are a lot of DFS focused articles, so check them all out here:

Have a great weekend and best of luck in Week 15!